Are you having a drink to celebrate Groundhog Day? This unique Pennsylvania holiday is more connected to the PA alcohol industry than you might think.

You might know Jeff Dereume as our resident liquor license expert, but did you know that his brother is THE handler of Punxsutawney Phil? Yep! Jeff is from Punxsutawney, and his family has been involved in the Inner Circle for 3 generations. His dad even appeared with Phil on Oprah in 1995. We recently made him share some facts about his hometown hero and many of those facts connected back to his job at PA Liquor License Company. Here are some fun boozy facts about Pennsylvania’s favorite prognosticator. 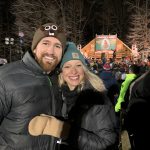 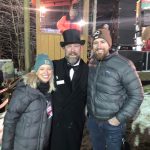 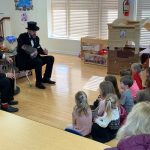 Punxsutawney Phil is 135 years old, and he’s apparently known to appreciate a drink especially his yearly sip of elixir that has kept him alive so long (there’s no evidence of what that elixir is made of). According to VisitPA.com, Phil was apparently was so upset by Prohibition that he suggested there would be 60 more weeks of winter (instead of the typical 6) if he couldn’t have an alcoholic beverage on his big day. We can only assume Phil must have gotten his drink because we did not experience an extraordinarily long winter between 1920 to 1933.

Special considerations have continued to be made for Punxsutawney Phil. According to the PA liquor license code, restaurants and hotels can only serve alcohol on Sunday with a special permit (Sunday sales permit) for a limited set of hours starting at 9 a.m. at the earliest. However, if Groundhog Day occurs on Sunday, hotels and restaurants in PA can start serving alcohol at 7 a.m. even if you don’t have a permit. It’s written right into PA Act 39.