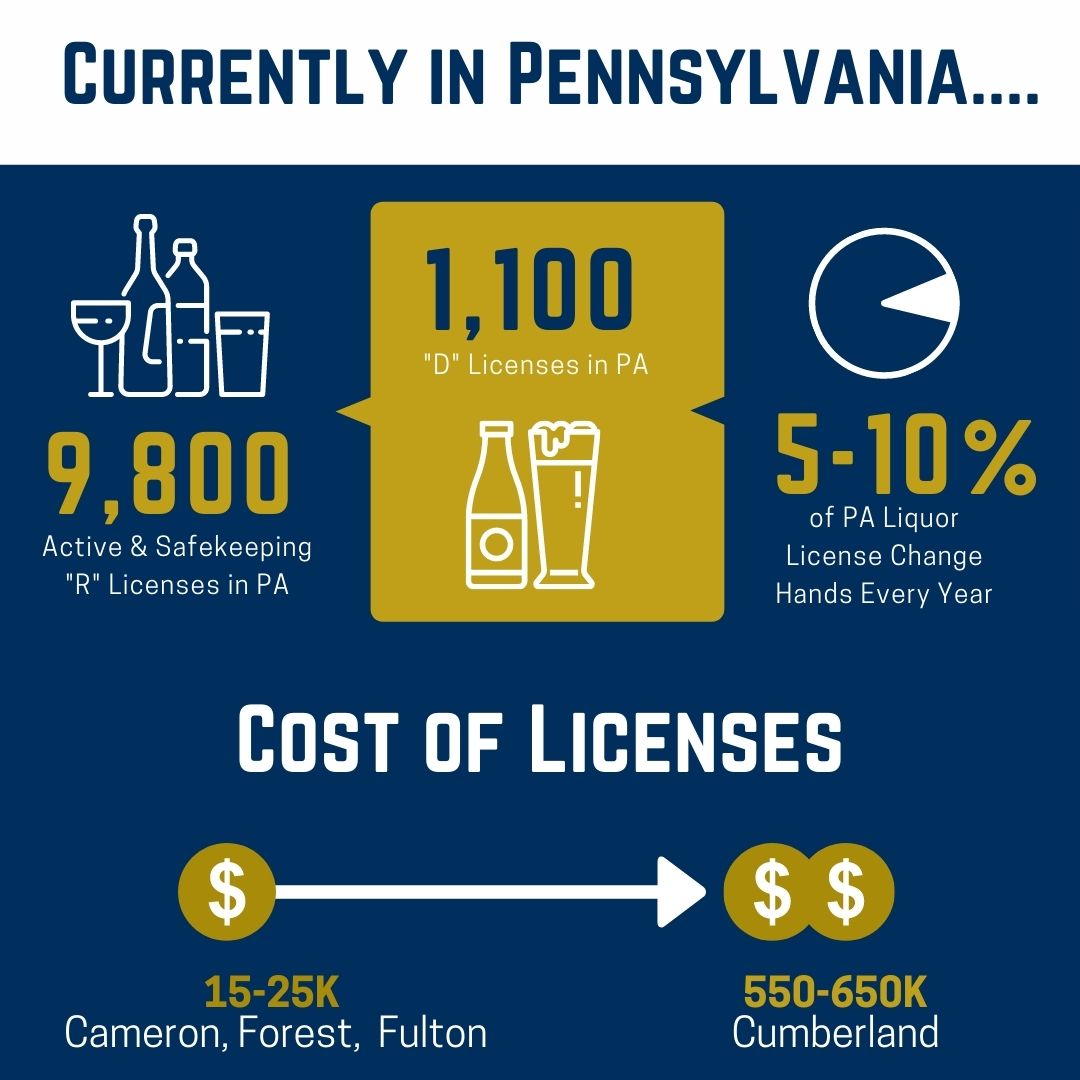 Restaurant Licenses are the most common type of liquor license in Pennsylvania (To learn more about PA Liquor Licenses, read this article). According to the Pennsylvania Liquor Control Board (PLCB), there are 9,800 active and safekeeping “R” licenses in 2021.

What county has the most liquor licenses? Philadelphia County has the most active licenses and Allegheny County (where Pittsburgh is located) has the second most.  Fulton County only has 3 licenses, the fewest in the state! 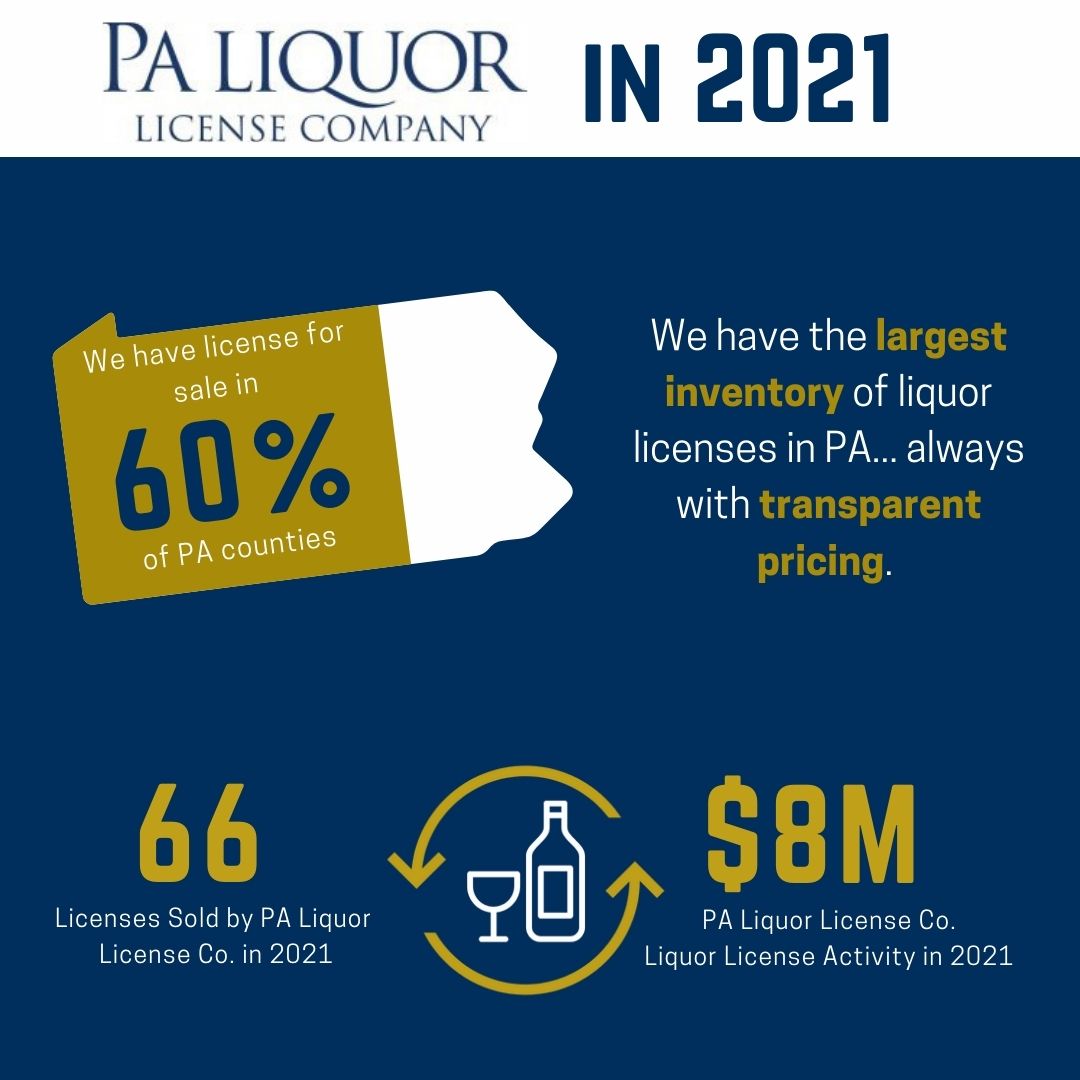 At PA Liquor License Company, we’ve had a record year for Liquor License activity. We’ve noticed trends of what counties are seeing the most activity and interest. It is no surprise that Allegheny County and Philadelphia County see a lot of activity because they have the highest populations and subsequently the most licenses. Transfers occur frequently in both counties. Some counties, like Butler and Chester for example, see a lot of interest because of new development but have very few transfers because the licenses are high priced and limited in supply.

We’ve seen sustained activity with PA Liquor Licenses from 2020 on. Prices have remained consistent regardless of economic uncertainty. At most, we’ve seen a slight decrease in prices depending on the county. The PACLB transfer process is still slowed; however, licenses are still moving through the transfer process.

Want to learn more about the Liquor License Process? Read our explainer.

Save and share the full image below to keep this PA Liquor License information in mind!